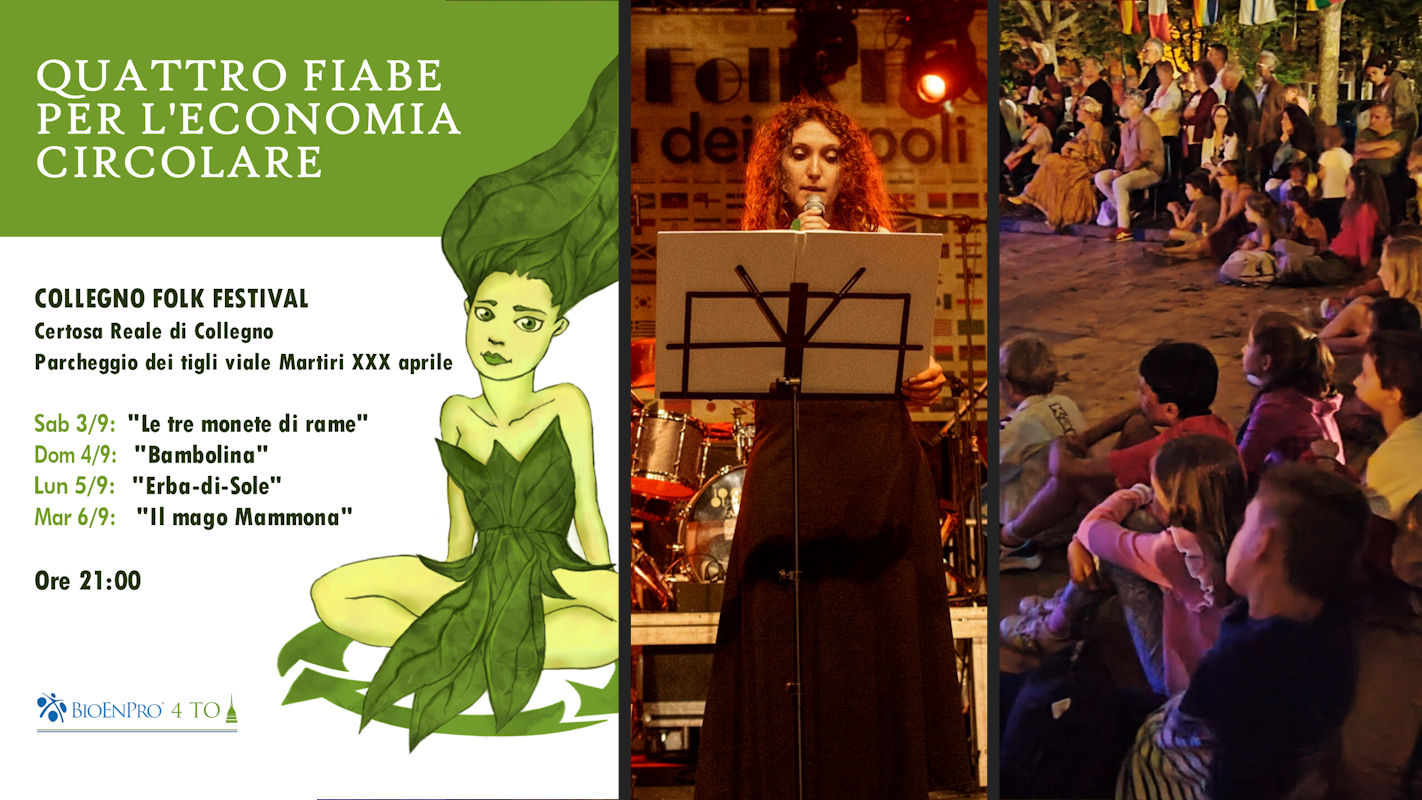 Good first! The social communication initiative “4 folk tales for circular economy“, developed as part of the BIOENPRO4TO research project, has fully hit the target. The folk tale made it possible on the one hand to “translate” the technicalities of the project, on the other hand it proved to be an extraordinary transgenerational communication tool to raise awareness on issues such as: community, bioeconomy, environment, sustainability. The four folk tales were especially written by Luca Pezzini, mathematician and graduate student of the University of Turin, and were read and interpreted by actress Elisa Macario Ban at the Collegno Folk Festival, on 3, 4, 5 and 6 September (2022).

Returning therefore to the goal, we can say that we have achieved it because the Collegno Folk Festival has allowed us to speak to the community of West Turin, which is precisely the one to which BIOENPRO4TO is aimed; in fact, this project aims to transform the residual materials generated by the municipalities served by CIDIU into bioenergy and new bio products, precisely the 17 municipalities of the Turin West area, about 260,000 residents.

The Folk Festival gathered over 15,000 participants and was the ideal event to experience this initiative: first of all it is held in Collegno, where the CIDIU and Sea Marconi are based, secondly the Folk Festival is based on culture, history and the folklore of peoples, and precisely this “folk” spirit is perfectly combined with folk tales.

A dutiful thanks therefore goes to the city of Collegno and in particular to the mayor Francesco Casciano, to the company Diversi ma Uguali, in the person of Giuseppe Superbo, to Professor Alessandro Perissinotto of the University of Turin, to Luca Pezzini, to Elisa Macario Ban and to all project partners for their support in the initiative.